Escape Room
When: Wednesday, Oct. 6th at 7:00pm
Cost: $17 per person (about; final amount dependent on number of sign ups)
Where: The Escapery
1349 Old 41 Hwy NW #250,
Marietta, GA 30060
Meeting: We will meet in the outside in the parking lot at 6:45 PM and expect to be out of the room and heading home around 8:15 PM
Sign Up: https://www.signupgenius.com/go/20f084bafaa2aa5fe3-theescapery
Info: We are planning on running the Le Feu room, which is aa little easier but a ton of fun! Read more about it here! If we have enough for a second room (more than 10 people) then we will also try and offer a second room.

Crew 2319 had an awesome time at The Escapery last night tackling the Le Feu room! It’s themed after a Paris theater that’s burning down while its occupants desperately search for a hidden escape. There’s no easy way of putting this.. but well.. we didn’t make it in time. But we still had a blast and will surely be back at other rooms in the future! 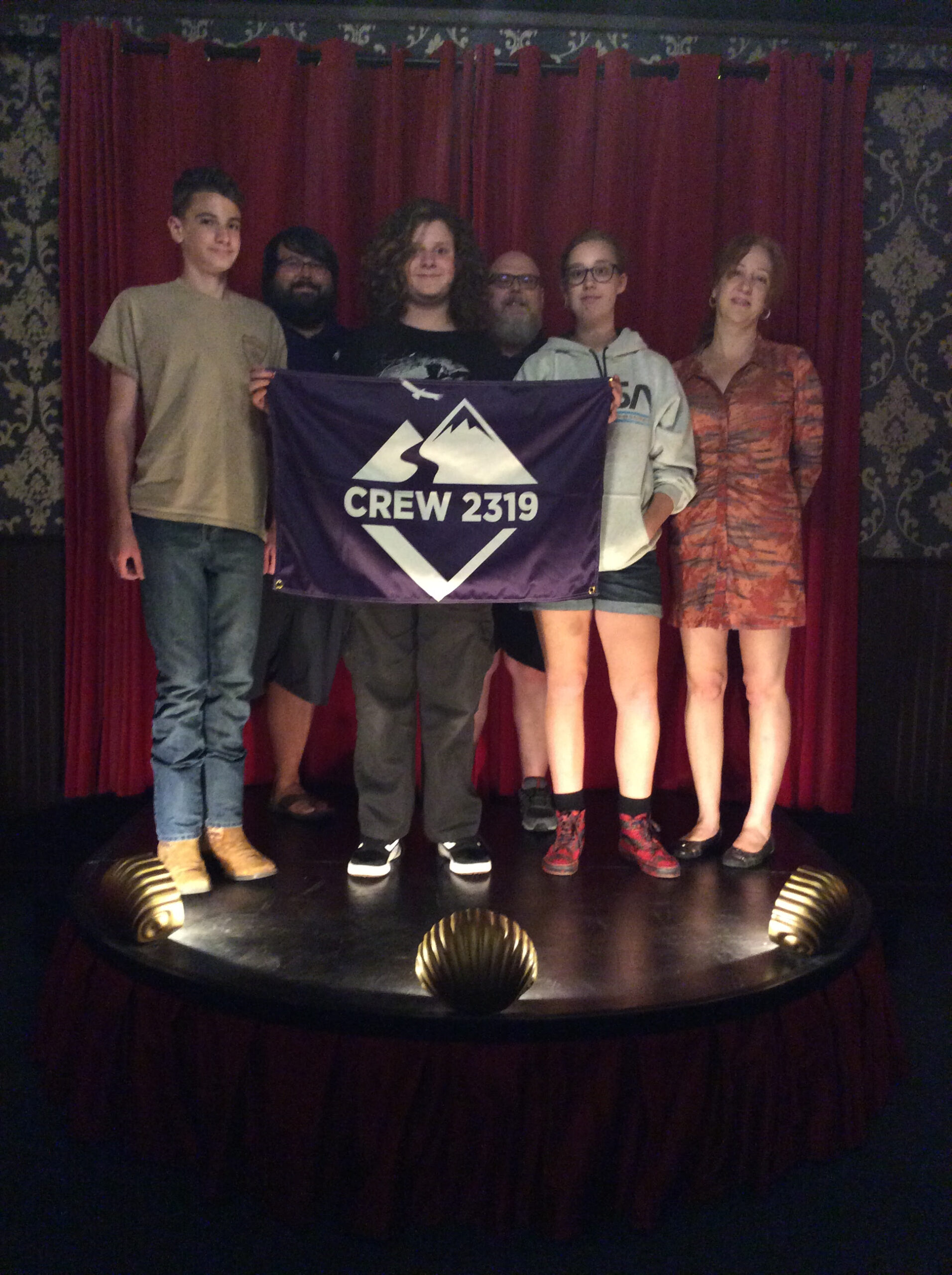 We have re-opened our new SquadLocker Store! SquadLocker can be a great place to get more unique gear that we won’t be able to provide via bulk orders. All gear is either screen printed or embroidered upon order and then shipped directly to you. The upside of SquadLocker is that you can get awesome custom gear, the downside is the prices are a little high and the shipping times can take a few weeks.

As a heads up, we will also be doing a bulk order of standard purple t-shirts with our logo in the next few weeks, so if a normal shirt is all you’re after fill out this Google Form to let us know sizing and how many you want! We expect the bulk shirt pricing to be about $10-15 per shirt and will confirm your choices before placing the final order. We expect to place the order in mid-October.

Woot! We have new stuff to promote our crew! Heads up, we will be handing out some water bottle stickers and car magnets at our crew game night, sign up so you don’t miss out.

Our next Crew 2319 Event will be another escape room, this time we will be split into two groups and race against each other! The Pirates vs The British Navy. Our fearless Crew Adviser took command and lead the British Navy against his mutinous Committee Chair who lead a band of pirates. First to the gold is the winner! 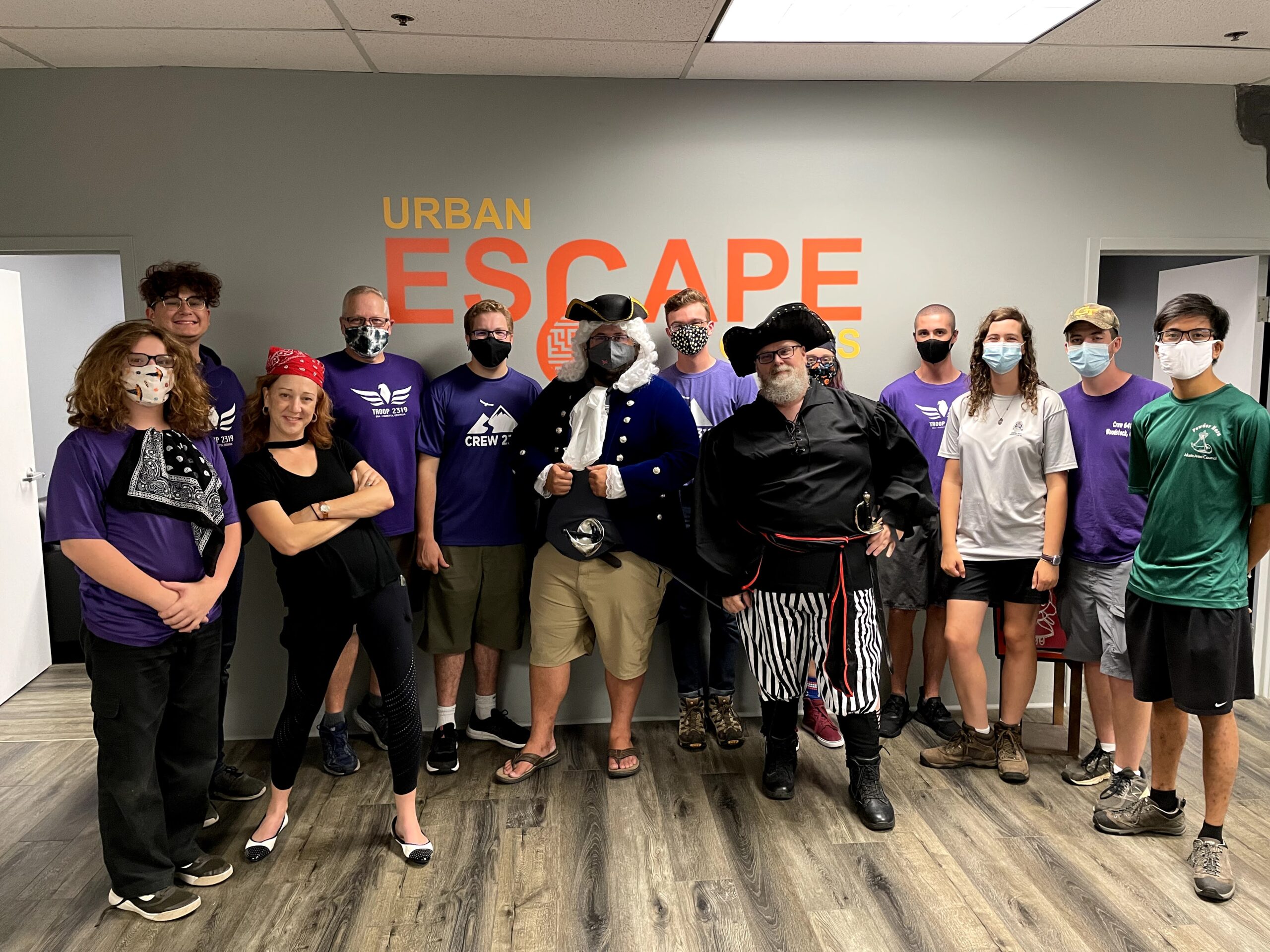 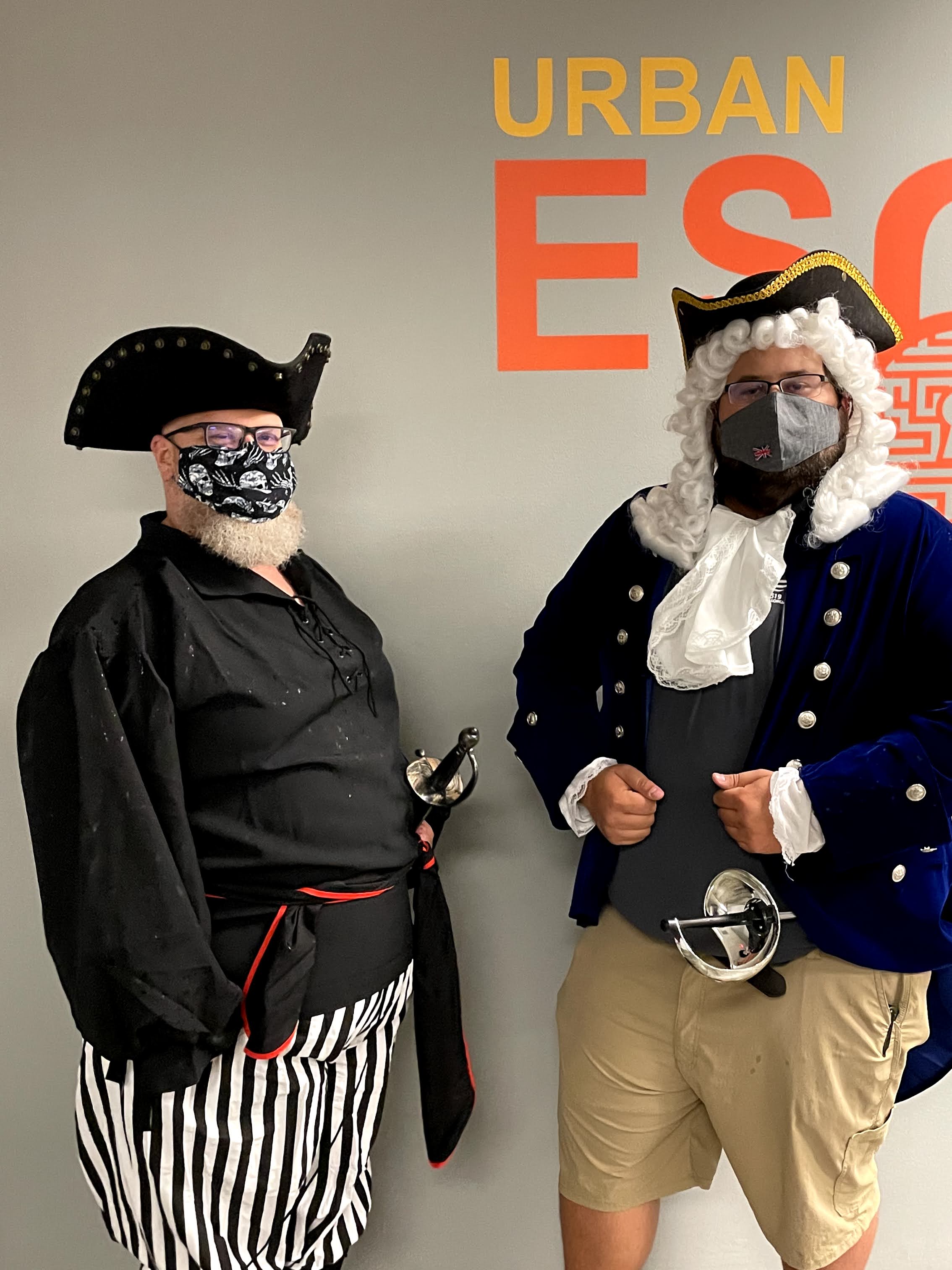 As the first of Crew 2319’s re-activation activities, we will hit up The Escapery and run a few escape rooms to work on our team building skills. 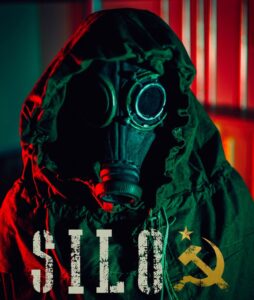 A Secret Agent has been lost behind enemy lines, and his last transmission revealed that a nuclear missile, aimed at YOUR HOME TOWN, is set to launch in one hour! It’s up to you to infiltrate the facility, locate the missing agent, and finish what he started before time runs out. 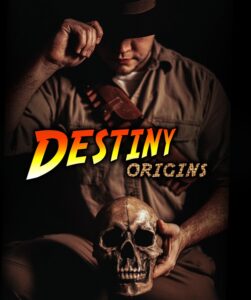 A decade before Professor Pierre Freeman took possession of the artifact box containing the fabled Spear of Destiny, he was the Lead Archaeologist on a dig site in Istanbul, Turkey… searching for the sculpted reliefs that might allow him to open it.

The Crew decided to join the Order of the Arrow Kennesaw Chapter for a winter camp out at the Lake Allatoona Aquatics Base. While it was cold, a good time was had by all as we enjoyed lots of time by the fire, worked on wilderness survival skills, and cleaned up trash along the shore line. Sunday morning was beautiful and crisp, as the sun came up over the water. A great end to a great trip. 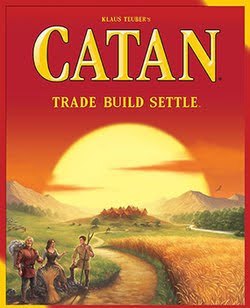 We hope you can join us on Sunday, December 8th from 4:00 PM to 6:30 PM for a fun night of board game adventures. We will be meeting in the Holy Grounds Cafe at Unity North Church. Drinks and snacks will be provided. We welcome any youth ages 14 -21 interested in some fun and learning about our crew.

So that we have an accurate count for snacks, please sign up here. We will have a variety of games, but if there is a specific game you are interested in, leave it in the comments of the sign up form.

We had a great second session of the Photography Clinic. We got to see lots of great pictures and their photo stories were imaginative and fun.